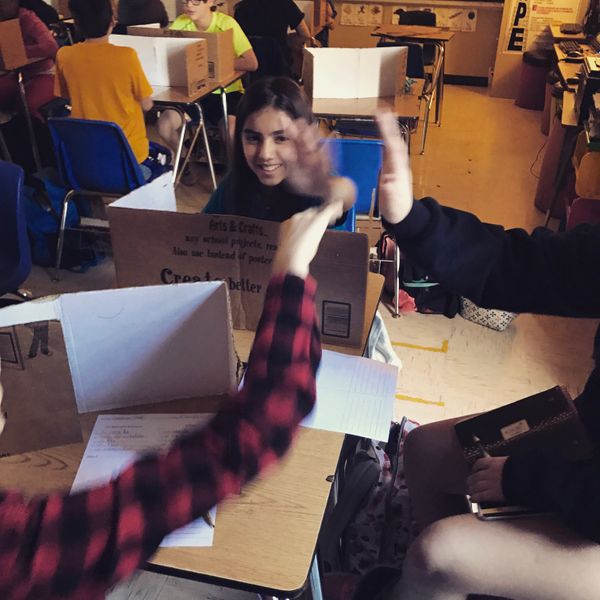 First of all, high fives are apparently difficult to capture in action, and this is the best one I got after about 20 attempts. Today I was observing a Spanish 1 class with 6th graders that was taught entirely in Spanish. I truly had almost no idea what was going on, but the kids had no problem understanding the teacher and were rocking the games and challenges. This picture is from a game where students would describe things about their word and their partner(s) would try and guess the word (and then a high five would happen after a correct answer). To make it even tougher, the words the kids chose were based off of the words they found to be the most difficult for them. But that didn't stop anyone from rocking this activity. It was truly impressive!